Innovation in the Digital Age: Some Issues and Observations

What is Innovation and how did it evolve?

Thus, whereas innovation is known to produce incremental changes to the processes and systems, the invention is understood to shake up the system.

Having said that, innovation in the Digital Age has indeed come a long way from the definitions provided above wherein it is not limited to marginal or factor improvements in productivity, but, also can lead to factor and Quantum jumps in productivity.

The reason for this is to do with the nature of technology and the rate of technological change that usually is the outcome of the combination of human ingenuity and the promise offered by technology.

For instance, while human ingenuity and human innovation has always been with us in terms of entirely new insights and observations, once technology entered the picture, the whole game changed as technology such as the ones that propelled the Industrial Revolution were able to transform the entire landscape of humanity due to their inherently efficient and innately transformative abilities.

Innovation in the Digital Age

Coming to Innovation in the Digital Age, once the gains of the Industrial Revolution peaked and industry and business shifted its focus from analog or machines to digital and software, the second game change happened wherein the exponential acceleration, and exponential change brought about due to new technologies and new software powered by chips and processors soon led to dramatic improvements in the way business and society operated.

To understand this better, think of a situation where 2 becomes 4 and 4 becomes 8 and then 16 and so on, wherein each jump or leap is no longer linear but exponential with the capacity to reach infinite and uncountable increases in the rate of change.

Thus, innovation in the Digital Age is no longer only about marginal or incremental change but, instead is as much about exponential change as it is about dramatic improvements in human productivity and efficiency.

Innovation in the Industrial and Digital Ages

Of course, this does not mean that innovation now is more revolutionary than in the times of the Industrial Revolution as some economists have come out with studies that show that the changes which happened during this time were more than the changes happening now.

To explain, the jumps in productivity due to the Industrial Revolution were more dramatic and more pronounced since it was a wholesale leap or jump into an entirely new paradigm. In contrast, the Digital Age is indeed revolutionary, but, the change is being built on top of the existing order of things that was first established by the Industrial Revolution.

In other words, the machines and the systems were already in place by the time the Digital Age had arrived and hence, most of the pioneers of the Digital or The Information Age were standing on the “shoulders of giants” that pioneered the Industrial Revolution. 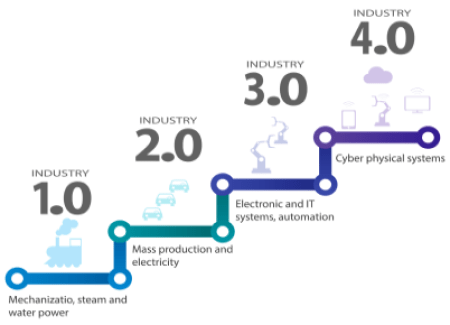 The Next Frontier for Innovation

Thus, it is clear that depending on how the game plays out in the next decade or so, humanity might very well be looking at the kind of changes that were brought about due to the Industrial Revolution and on a much more connected and wider scale.

Some Counter Arguments and Theories

Of course, as with most business and scientific knowledge, some experts have differed from the mainstream consensus by saying that the present jumps in productivity and efficiency have been lower than earlier decades mainly due to the limits that the Digital Innovations have reached.

In other words, they believe that the Digital Age has peaked in terms of what it can do for humanity and business and society. The reason for this is that as with any technological change, once the gains peak, a steady state is maintained which can also lead to a downward trajectory in what such technologies do.

Having said that, many experts believe that the reason for such inconsistencies is that we have not yet reached a stage where we can measure the effectiveness and efficiencies as well as the synergies and changes due to the Internet and Mobile Revolution as we do not yet have the capacity to measure such improvements.

The reason they say for this lies in our limited statistical models and tools rather than with such technologies and innovations of the Digital Age and hence, we need to forecast and measure better.

Conclusion: Be Prepared for an Entirely New Paradigm

Lastly, despite all the theories and counter theories floating around, the undeniable fact remains that the Digital Age has engineered a Future Shock wherein the transition from the Smokestack Era of the Industrial Model or the Machine Age to the Information or the Digital Age is causing disruptions in all walks of life.

Thus, most experts believe that the changes ahead of us would be as disruptive or more revolutionary as humanity has ever known and hence, we must prepare for massive disruption and change by equipping ourselves with the skills and abilities that are necessary and vital for our continued evolution.