With the globalization of the world economy, there has been a concomitant rise in the number of companies that operate globally. Though international business as a concept has been around since the time of the East India Company and continued into the early decades of the 20th century, there was a lull in the international expansion of companies because of the Two World Wars. After that, there was a hesitant move towards internationalizing the operations of multinational companies.

What really provided a fillip to the global expansion of companies was the Chicago School of Economic Thought propelled by the legendary economist, Milton Friedman, which championed neoliberal globalization. This ideology, which started in the early 1970s gradually, became a major force to reckon with in the 1980s and became the norm in the 1990s. The result of all this was the frenzied expansion of global companies across the world.

Thus, international businesses grew in scope and size to the point where at the moment; the global economy is dominated by multinationals from all countries in the world. What was primarily a phenomenon of western corporations has now expanded to include companies from the East (from countries like India and China). 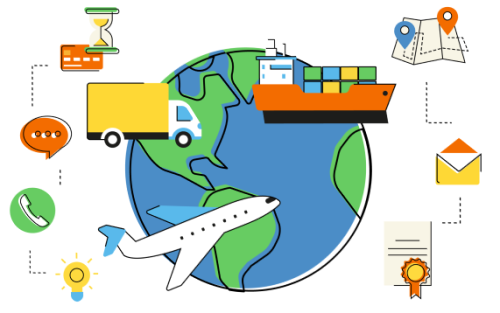 Above all, international businesses have to ensure that they blend the global outlook and the local adaptation resulting in a “Glocal” phenomenon wherein they would have to think global and act local. Further, international businesses need to ensure that they do not fall afoul of local laws and at the same time repatriate profits back to their home countries. Apart from this, the questions of employability and employment conditions that dictate the operations of global businesses have to be taken into consideration as well.

Considering the fact that many third world countries are liberalizing and opening up their economies, there can be no better time than now for international businesses. This is balanced by the countervailing force of the ongoing economic crisis that has dealt a severe blow to the global economy.

Finally, international businesses have to ensure that they have a set of operating procedures and norms that are sensitive to the local culture and customs and at the same time, they stick to their brand that has been developed for global markets. This is the challenge that we discussed earlier as “Glocal” orientation.

In conclusion, international businesses are facing the best of times and the worst of times at the same time and hence, the savvy and astute among them would succeed in this “Shift Age”.