As Tech Firms Layoff Thousands, Is the Party Over and What It Means For Indian IT

Meta, Tesla, Twitter, and Amazon Layoff Thousands! Is The Tech Party Over?

First it was Meta, and now it is Tesla and Twitter. Now Amazon and other Tech firms are laying off staff in the thousands. So, does this mean that the party is over for Tech firms and what does this mean for the Indian IT (Information Technology) Industry?

More importantly, what do these rounds of layoffs mean for the IT professionals worldwide? To start with, the ones most affected will be those on H1B Visas in the United States and in India, the ones who have just joined or about to join need to be on their guard.

The former category i.e. those on H1B Visas are especially vulnerable as the Immigration laws in the US specify that the professionals in this type of Visa need to find another job within three months, if they lose their present job. Otherwise, they face deportation from the US and so, there are no good options before the H1B Visa holders except to start their job search immediately.

So, here we are with the expected job cuts in the hundreds of thousands and the real possibility that the tech party is over.

Who Is At The Most Risk of Getting Laid Off And Why? Some Points to Ponder!

Having said that, all is not lost for the legions of programmers, coders, and software analysts both in the US and in India. They can and would be able to find alternative employment pretty quickly as the job market in the US is right now skewed towards the job seekers. Even in India, there are plenty of job openings that laid off tech workers can fill and so, it is good to make hay while the Sun shines. 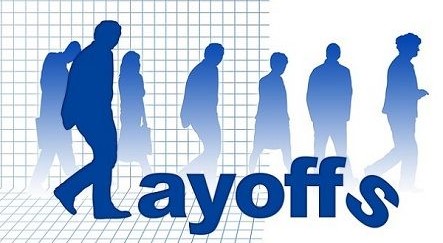 Of course, as mentioned earlier, the situation is slightly bad for those starting their careers and those with a few years of experience, as these fresh graduates and those with relatively less experience would need to go through the entire rigmarole of finding jobs, either through fresher recruitment drives or through mass walk ins.

Further, it is not like those with more experience are safe from job cuts as both in the US and in India, many Tech firms are especially focusing on middle and lower middle managerial positions for downsizing. This is because the Tech firms feel that these professionals are deadweight, with little possibility of them up skilling or learning new skills, thereby adding value to their employers and to themselves.

Whether you are a fresher, or junior or middle level professionals, chances are that you are at the same risk of being laid off as everyone else and therefore, our suggestion to you is that you dust off your old resume and start floating and circulating it among peers and in Slack and other channels, along with job portals.

In our working experience, we have found that employers do give some time for the laid off employees to find other jobs and let them use company resources for their job search. Of course, a BIG word of caution here is that do not start this before you are laid off, as the chances of being dismissed on the spot are very high if you use work time and resources to find other jobs.

As the experiences of recently laid off tech workers in Twitter and Meta show, the initial shock and disappointment is often hard to take and it does take some time to get used to the new status of jobless and looking for other jobs. So, do form peer groups and reactivate your networks to help you cope with the trauma of losing your job and becoming unemployed.

As the discussion so far showed, the party seems to be over for Tech firms and IT professionals and more so, in the US, where recessionary conditions have become apparent over the last two quarters. The impact on the Indian IT industry would be severe as well as we depend on the West, and especially the US for outsourced work.

Further, the Indian IT Industry would also need to rethink its attitude to practices such as Moonlighting and its pay and perk structure. This is because it cannot discriminate against certain categories of employees who are poorly paid when their coworkers take home more salaries.

Maybe the business leaders would see the value of not increasing the gap between the highest and lowest paid employees, beyond a point. In addition, hiring more on part time contract basis is a good idea as then both the employers and employees can specify what they need to do, what they are allowed, and how much they would be paid accordingly.

So, as the next few months pass, it is more than likely that Indian IT firms would be laying off more and as the saying goes; chance favors the prepared mind and people.

With storm clouds over the horizon, the Indian IT Industry is not exempt from the recession in the US and Europe. Likewise, the West too should not expect the moon from the former as when conditions become difficult, cooperation and collaboration should be the norm.

Last, it is not our intention to be all gloom and doom. Rather, we have outlined some practical strategies that can minimize the pain and the suffering of laid off workers and cushion them against financial and immigration rules and regulations. To conclude, the gathering storm would pass and we must ride the recession together.