Power has been an important aspect of human civilization since time immemorial. Power might be physical, political or social.

In the context of business as well, power dynamics tend to influence decisions and people transactions heavily. So defining power can be difficult as it is understood and interpreted in several ways however power can definitely not be called a force which gets you what you want. 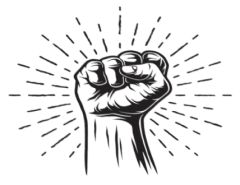 Power basically emanates from position or authority which can influence people both positively and negatively.

For simplicity and understanding purposes power is usually classified into following categories:

So, power can be defined in a number of ways however what is important is the usage of the power by people who possess it. Within the organizational context the power dynamics and equations need to be carefully managed as they have a huge impact on the motivation and engagement level of employees. It also defines the organization’s culture in general and people transactions within the organization in particular.

A very hierarchy and power driven organization finds it difficult to accommodate new and innovative ideas, any change is vehemently refused, egos clash and lesser opportunities are made available for the high performers, thus delaying organizational growth. On the other hand, in an organization which is flat in structure, people are encouraged to innovate and explore, thus bringing in new concepts and ideas to accelerate organizational growth and expansion.