What is Lobbying, How it Works, and What are its Advantages and Disadvantages?

What is Lobbying and What do the Lobbyists do?

We often read about the terms, lobbying, and lobbyists, being used in the mainstream media and the business press. Most of us also read about how lobbyists have influenced the outcome of a particular policy or how they have succeeded in convincing lawmakers and elected representatives to pass favorable legislation.

So, what does lobbying do and who are lobbyists and how they work? The answers to these questions can be found in the way government works in democracies worldwide. For instance, it is often the case that governments wish to pass laws that regulate certain industries or want to draft legislation that pertains to business and economy.

When this happens, there is any number of business and economic not to leave out societal and civil society stakeholders who are affected by such legislation and who desire a favorable outcome to their interests.

Say, for example, the government wants to regulate the tobacco or the media or the tech industries. It might want to pass legislation that outlaws some tobacco products, bring the media companies into its ambit of regulation, or ensure that tech companies comply with the new norms.

In all these cases, the affected stakeholders who are the tobacco companies, the media houses, and the tech firms would want to ensure that the government passed legislation does not harm their business interests.

How Does Lobbying Work?

Thus, to achieve this objective, they employ lobbyists whose job is to petition the government with their recommendations and favored language in the laws, as well as to convince the lawmakers to their cause.

This requires extensive consultations and contacts with the lawmakers, and hence, this is where professional lobbyists with their network of contacts and extensive web of connections can help such firms.

Through lobbying the lawmakers and meeting with them as well as through a series of conferences and other modes of persuasion and influence, lobbyists can indeed help their clients in protecting their business interests.

Hence, lobbying is part and parcel of any democracy and especially so, when such democracies follow the free market and capitalist forms of economic systems.

In other words, lobbyists exist because of the businesses whose interests have to be promoted and protected and because such aspects can be done in democracies where lawmakers pass legislation and other methods of regulation that are unique to free-market democracies. 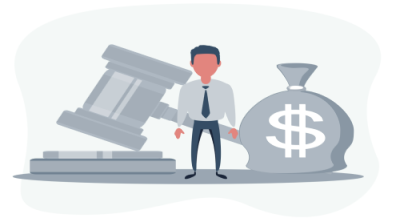 Some Criticism of Lobbying and Lobbyists

It is also the case that lobbying in recent times has come under much criticism due to the fact that the businesses and the corporates in most of the advanced and developed free-market democracies have extended their reach to such an extent that they have the “government in their pockets”.

Indeed, in the United States, the power of lobbyists is such that even when progressive and people friendly legislation is passed, it is often the case that such legislation is drafted in accordance with the lobbyists and their client’s interests rather than containing language that promotes societal welfare.

For instance, even the much celebrated Affordable Care Act or the Obamacare which is to do with health insurance was passed only after the healthcare and Pharma lobbies’ inserted terms and conditions that are favorable to them.

It is indeed an irony that this Obamacare which was supposed to help the poor and the needy had a provision that suited the business interests rather than being totally people friendly. This indicates the power of lobbyists and lobbying in the United States where it is virtually impossible for the Congress and the Senate to pass legislation without the lobbyists having their say.

Why Is Lobbying Essential in Free Market Democracies?

On the other hand, lobbying is also a much-needed mechanism and method that smoothens the interface between the government and the business.

Indeed, without lobbying, there would be a “dialogue of the deaf” wherein the government and the business worlds would be talking within themselves without any meaningful conversation.

This is the reason why lobbyists and lobbying in the United States and Europe are usually tolerated as well as patronized by the lawmakers. It also works both ways as businesses fund the election campaigns of the legislators and the elected representatives who in turn return the favor by passing laws and rules that are in the interests of the former.

Indeed, as long as democracies follow the free market and capitalist systems, there are always going to be lobbyists and lobbies whose clients would pay “Top Dollar Monies” to ensure that their business interests are protected.

Moreover, as mentioned earlier, such systems also need a meaningful exchange between the government and the business worlds and hence, lobbyists are the “lubricant that greases the wheels” of the free market democracies decision-making model. In other words, lobbying is essential to any sustained interaction between governments and businesses.

Like Them, or Hate Them, Lobbyists are Here to Stay

Lastly, whether one likes it or not, even the developing world is also catching up regarding the sophisticated systems and methods of lobbying. For instance, it is common in India for lobbyists to descend on the Parliament when it is in session and ensure that any laws and regulations are only passed after the interests of their clients are taken into account.

Thus, India can be said to be catching up with the United States as far as the practices of lobbying are concerned.

To conclude, depending on which side of the debate you are on, you might like or hate lobbyists but you they are here to stay and function.